Education is as old as humanity itself, as parents have passed down the knowledge they have – from foraging and fighting to farms and factories – to help their children get a leg up in the world for as long as humans have been able to learn simple skills. Nowadays, there are as many theories about the best kind of education and the best way to teach children as there are stars in the sky, with one of the more popular being Montessori schools. But are Montessori schools really a good choice for your kid, or are they just another entry in a long list of educational fashions? If you're wondering what the pros and cons are of Montessori schools – and even what these schools are – then here's what you need to know.

One of the largest markers of a Montessori education is the mixed-age classrooms, especially for preschool to first grade (2 ½ to 6) aged children. Not only does putting children in a variety of age groups together help children to socialize with those who are older or younger than themselves – an important skill later in life – but it also allows those children who work at a slightly faster (or slightly slower) pace than a regular school would allow for their age level to have academic freedom to work at their own time and pace in the different subjects that they are taught. However, this style does mean that a child who works slightly slower than others, especially others younger than them, may feel embarrassed and be teased as a result, though the teacher should be aware of the situation of each child and work to prevent this.

Another facet of Montessori education is that it gives your child a more than slight element of choice when it comes to their education. This doesn't mean that your child could theoretically refuse to learn a subject; the premise here is that allowing a child choice in the activities they pursue stops them from feeling put-upon or dominated by an indifferent authority figure and lets them choose how best they think they'll learn different subjects. This does mean that there's not a set curriculum in terms of order of what your child learns, so parents who are expecting that or who prefer that way of learning may have a problem with Montessori schools. However, this facet could be perfect for children who prefer an element of choice, or who are already very decisive individuals.

Above all, Montessori schools stress learning by doing, rather than learning formula-by-formula or rule-by-rule. Bead chains, for example, are used to teach children counting, multiplication, and even square and cube roots, for the older or more advanced student. This kinetic learning allows children to experience the knowledge they're gathering, rather than simply seeing it as numbers on a page that equal a certain sum because their teacher says so. While children who are easily distracted by objects around them while they are trying to learn might not benefit from this practice, more kinetically minded children can benefit from forming chains and sums (for example) and watching the math work out with their own two hands.

Get more information by clicking here, or on similar sites. 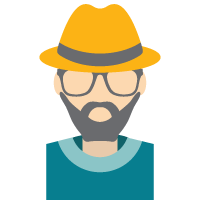 My 15 year old son has struggled in school since he was in third grade. The teachers did all that they could to help him, but his struggles have continued. So, what do you do when a teenager struggles in school and begins to lose faith in his abilities to succeed? How do you encourage him to continue with his efforts to get through school? I have spent a lot of time looking for the answers to those two questions and have found a lot of wonderful resources that have helped my son and I tackle some of his challenges. Visit my blog to find out what they were.